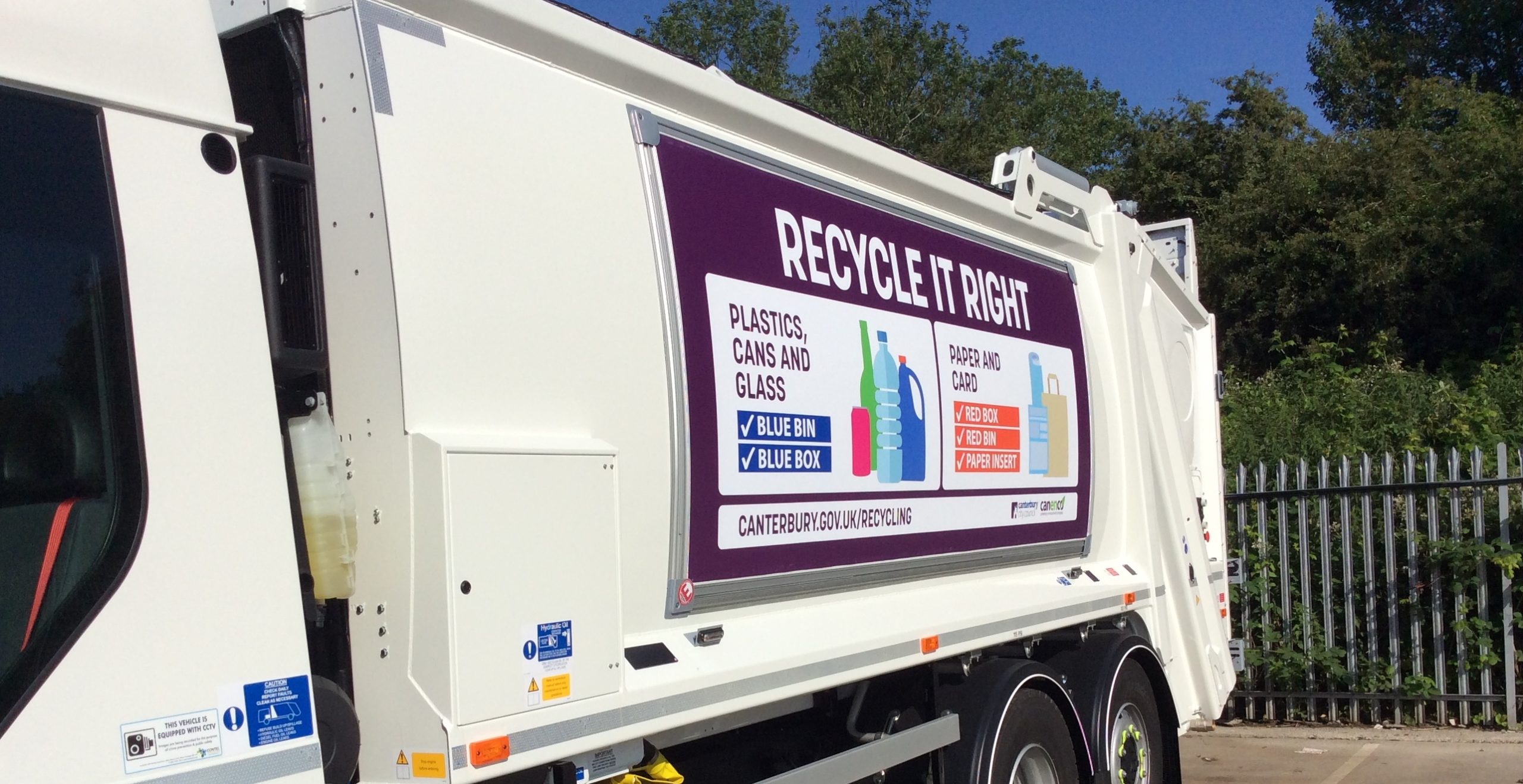 The Canterbury Environment Company (Canenco) selected EPIC Media Group to provide the livery for its refuse fleet as part of its domestic refuse collection service which launched in February this year.

EPIC’s changeable graphics system was the preferred method of livery, thanks to the flexibility it will afford Canenco which is wholly owned by Canterbury City Council. The changeable banner means that Canenco can change its messaging to reflect its latest campaign making it a valuable communications tool.

The system has been installed on 25 refuse collection vehicles and two box vans, while the remainder of the fleet will be fitted with high-quality complementary vinyl graphics. The installation of the graphics took place at the Canterbury depot to minimise the impact on the refuse collection service.

David Maidman, Director at Canenco said: “We can be a busy site here in Canterbury with a lot of vehicle movements throughout the day, the EPIC team worked with us from start to finish and nothing was too much trouble, fantastic service and attitudes.”

Kevin Murton, Managing Director of EPIC Media Group said: “It’s great to see so many councils seeing the benefits of fitting our changeable graphics system to their refuse vehicles. We are delighted to have installed it on Canenco’s new fleet and we look forward to working with their team on their future graphic change outs.”