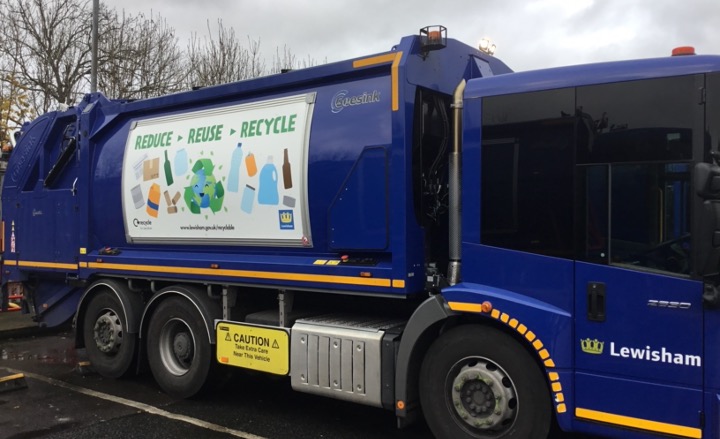 EPIC Media Group’s changeable graphics system has supported a recycling campaign for the London Borough of Lewisham which has resulted in a 12% recycling improvement across the region.

In late 2020 the system was added to a further 18 trucks with new graphics across the whole fleet promoting the reduce, reuse, recycle campaign.

Noel Everest, General Manager Fleet and Passenger, from the London Borough of Lewisham said: “We’re really pleased with the results of our recycling campaign, a 12% improvement in household recycling is brilliant.  The ‘can-do’ approach of EPIC’s team makes light work of our graphics changes.”

Kevin Murton, Managing Director of EPIC Media Group said: “We love to hear our client’s success stories. Our changeable graphics system has proved to be very successful as the London Borough of Lewisham has shown. Paired with its flexibility and ease of graphic changes they make a great addition to a communications tool kit.”